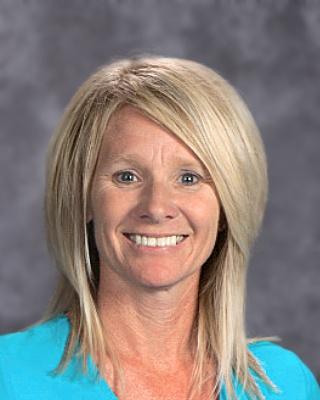 In August of 2000, I began as a pre-kindergarten teacher for Wynnewood Public Schools.  I taught at Joy Early Childhood Center which was located South of Wynnewood.  We were later relocated to Central Elementary where I continued as a pre-k teacher until 2009 when I took the position of Wynnewood Middle School principal.  I held that job one year, then moved to the elementary after the retirement of the elementary principal.  I have been in my current position as the Central Elementary principal since 2010.

I began teaching in August of 1990.  I was a first grade teacher for Dallas ISD in Dallas, Texas.  After moving back to Oklahoma, I taught first grade at Hayes Grade Center in Ada for three years.  Chuck and I moved to Pauls Valley and I took a position at Whitebead School.  I taught multiple grade levels of elementary as well as seventh and eighth grade algebra while I was there.

When I am not at Central Elementary with my “school kids,” I am following my “home kids” to all of their activities.  Football, basketball, softball and track keep us very busy throughout the year.  We love to snow ski and go to Red River every year during the Christmas holidays.  During the summer months we always make time to go to the beach.  Seaside Florida is our favorite beachside town to visit.  Whatever activity we are involved in, it is always better because we enjoy being together!